Taking the Creep Factor Out of Targeted Online Ads 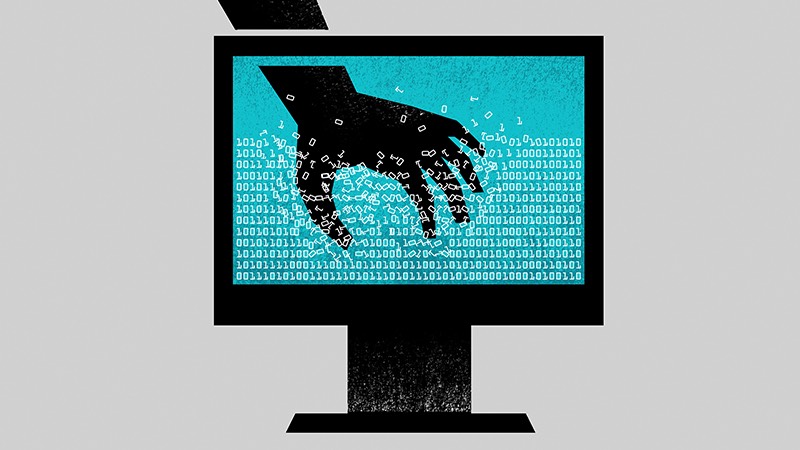 The results of a major series of eye-opening studies about targeted online marketing were recently published, with significant implications for advertisers. Researchers at the Harvard Business School, the University of Virginia’s Darden School of Business, and IESE Business School conducted a series of experiments as part of a joint study in which they presented test subjects with a variety of online advertisements and revealed under the hood details about why they received those particular ads.

Researchers found that people were less likely to click on content when they learned marketers had used third-party data or made inferences about their tastes drawn from information they hadn’t provided. However, test subjects embraced ads based on their previous activity on a site. In another experiment, participants viewed a promotion that was served to them using third-party information, along with a prompt alerting them that they could select ad blocking preferences. Their purchase interest was just as high as another group who viewed the ad without any disclosures about where the content came from.

Of course, the findings were published against a backdrop of heightened sensitivity about online privacy. There were the revelations of London-based consultancy Cambridge Analytica’s reported abuse of Facebook users’ personal data. Not long after came the trigger date for the EU’s General Data Protection Regulation (GDPR). “Consumers are becoming increasingly aware of the ways they’re being targeted,” says Tami Kim, assistant professor of marketing at the Darden School of Business and a co-author of the study.

What’s a marketer to do? The fact is, despite the climate of privacy awareness, targeted online marketing isn’t going away any time soon. Can marketers continue to use these tactics effectively, without seeming too invasive and just plain creepy?

The answer, according to marketers and researchers, is they can, but they’d be smart to tweak their tactics. These moves range from emphasizing types of targeted marketing consumers find acceptable to embracing a new age of transparency. “Marketers have to deal with tradeoffs between personalization and invasion of privacy,” Kim says. “And it’s essential for them to be cognizant of what those tradeoffs are.”

One clear lesson for marketers is to step up the use of personal information obtained, for example, when a consumer signs up directly for an online newsletter or purchases a product online. On Facebook, avoiding third-party data aggregators is almost a moot point. In March the platform announced it would remove its Partner Categories, an option through which marketers could use data from third parties, allowing them to target customers based on behavior outside of Facebook. Marketers now have access only to Facebook’s own data about consumers’ shopping behavior and interests.

Certainly, collecting data directly from consumers is easier for some brands than for others. Leslie John, associate professor of business administration at Harvard Business School and a co-author of the study, offers Stitch Fix as a case in point. The site delivers packages of apparel that are curated to fit its customers’ individual tastes. To provide that service, Stitch Fix asks consumers for a variety of intimate details, which, in other circumstances, could seem invasive. But customers generally are willing to divulge this information because they understand it’s necessary to the delivery of personalized choices that fit their style.

Marketers can learn some lessons about adopting a first-party strategy from firms that have already done so. According to Brian Wulfe, CEO at digital marketing agency Effective Spend, he started to hear more complaints that consumers were feeling “creeped out” about the ads they were receiving online. At the same time, he began to see lower Facebook relevancy scores — measures of user engagement — for ads served through third-party data providers, and higher relevancy scores from consumers with a more direct relationship with a brand.

With that in mind, Wulfe started to move away from third parties and instead rely more on first-party data such as visitors to a client’s website to remarket to consumers about new, relevant products. To boost the amount of data Wulfe collected, he increased the first-party cookie pool through a variety of tactics. For example, for a wedding ring retailer, he shared cookie data with complementary businesses; such sharing is allowed, as long as the user is aware that it’s happening, according to Wulfe. “There are lots of techniques you can use to increase the effectiveness of your ad spend with first-person cookie data,” he says.

Companies are also starting to offer services that help marketers get better first-party data. A case in point is Freckle, which makes it easier for brands to measure ad spend effectiveness. The company recently introduced an app called Killi, which allows consumers to opt in to share specific data — anything from their age to current location — and receive compensation each time they do so. Using blockchain technology, consumers have a full audit trail of every brand that has bought each piece of their information. CEO and founder Neil Sweeney predicts that, as more consumers participate, much like the inexorable increase in the number of Uber drivers, “you will start to see a network effect that will change the market.”

Researchers found that test subjects were more likely to respond favorably when they understood why they had been served an ad, and when their data had not been collected in a way that they found off-putting. Specifically, working with two loyalty point-redemption programs, they disclosed to some test subjects why they had received ads, such as “recommended based on your clicks on our site.” Those people seeing the explanations were more likely to click on ads. “If consumers trust you, then they view your marketing methods as credible,” says Harvard’s John.

At the same time, marketers also need to tread carefully because it’s possible to disclose too much information. Consider the results of a study analyzing the impact of a 2013 law in the Netherlands  that required websites using “covert” tracking to reveal that to visitors. It found click-through rates dropped when the legislation was enforced.

It all means that marketers should find a happy medium when it comes to transparency. At the least, consumers need an unobtrusive way to ask for more information about data use, according to John. One potential model is the AdChoices icon, which individuals can click on to find out why they’re receiving an ad and potentially opt out. That also should include rewriting privacy policies to be more easily understood by and accessible to consumers. “Put it in plain English,” says April Mullen, director of consumer-first marketing adoption for marketing automation platform Selligent Marketing Cloud.

Another effective tactic: Give consumers more control. Rigel Cable, associate director of data analytics at Fluid, offers clients the option of allowing consumers to have more of a say in determining the level of detailed, personalized information they want a brand to have. Fluid offers tools that can be used to provide data for personal experiences, giving the consumer the option to provide additional information if they choose.

Don’t Hide Behind the Black Box

The larger issue, according to marketers, is a fundamental problem with programmatic buying, through which agencies set up rules determining who should be served ads, using data from third parties. Brands, under pressure to produce results, in turn squeeze agencies to do what it takes, according to Harry Kargman, CEO at mobile marketing firm Kargo. As a result, agencies tend not to look deeply — or ever — under the hood. As long as they aren’t violating governmental regulations, no further questions are asked. “I don’t think agencies have a deep, detailed knowledge of where and how the data was acquired,” Kargman says. “Marketers are obsessed with the idea of the black box — all those special algorithms that pinpoint the audience they’re looking for — without asking, ‘How do those data sets get created?'”

A better way is for brands to develop a set of guidelines for agencies and programmatic buyers specifying how and where ads run — even if it means potentially less-effective marketing. “Those guidelines will determine whether the consumer has a good experience and their privacy is preserved,” Kargman says. “It determines where the line is drawn.”

Some agencies also are taking matters into their own hands. Jen Brady, VP of media at marketing agency Periscope, says she and her colleagues make a point of bringing up the subject of where their data comes from, how to set up firewalls in their system, and other related topics. “Instead of waiting for the brand’s legal team to ask us, we tell them about the measures we take,” she says. According to Brady, such practices have also proved to be a competitive advantage for the firm in the current privacy-aware climate.

If consumers are not just targets for an ad, but are also entertained and engaged by it, they’re more likely to click on it, privacy considerations be damned. “You have to make sure the value you’re creating outweighs the invasiveness,” John says.

That means placing even more emphasis on creating effective content. “A lot of marketers are focused on the media and the audience they’re targeting, and not paying enough attention to the message we’re putting in front of consumers,” says Jennifer Eenigenburg, group director of display media at R2C Group. For example, she suggests systematically and frequently tweaking the creative to see what elicits the best response.

Consumers even embrace the sharing of data when it’s perceived as providing enough value. John points to dating apps as an example. Many apps divulge the number of friends users have in common with potential dates — a feature users tend to welcome as a sign their choices are a safe bet.

Think About Context and Timing

Advertisers may want to look at older vehicles, like TV or print, as models, according to Kargman. On TV, for example, commercials for products aimed at teenagers placed on shows targeting the same age group feel authentic to consumers. “There’s an alignment between context and product and that’s always worked really well,” he says. It’s a lesson digital marketers have tended to ignore, according to Kargman.

Also important is the simple matter of timing. Eenigenburg recommends monitoring consumer engagement as it relates to how often individuals are served ads and then setting “frequency caps.” For his part, Cable tends to prefer cutting short the amount of time that passes between when consumers make a purchase and when they’re served an ad based on that purchase. Thus, he uses individuals’ shopping history for the past week or month, “so it doesn’t seem like we’ve been stalking you for a year,” he says. That also makes the ad more immediately relevant.

Ultimately, it comes down to mirroring what people find acceptable in the real world, according to Kim. “If you’re pregnant and you tell a colleague, who then tells another co-worker without your permission, that wouldn’t be appropriate,” she says. The same holds true for the use of consumer data. “Think about the norms for how we interact in our life,” she says.

As privacy concerns grow among consumers, marketers need to find a way to strike a balance between delivering highly personalized messaging and overstepping their bounds.